Objectives Use of marine bioresources : leg...

The objective of this task is to contribute to setting up a legal and political framework for the scientific exploration of marine bioresources within OCEANOMICS and its potential for future business operations, while respecting the protection of biodiversity and adapting to the exploration of new scientific frontiers. This mission is achieved through an analysis of texts of laws and  an assessment of risks related to the use of marine bioresources.

This Working Group is coordinated by Anne Emmanuelle Kervella at the Roscoff Biological Station and involves the Foundation for Research on Biodiversity. 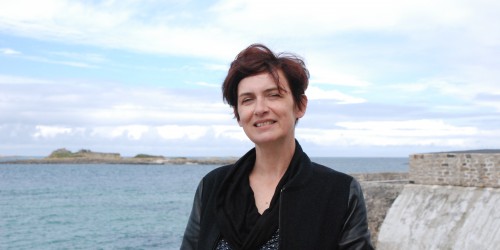 Anne Emmanuelle Kervella is in charge of the Legal Issues working group.
D.Guiffant
#1

Use of marine bioresources : legal framework and risk analysis

In OCEANOMICS, compliance with international rules on marine bioresources, and with national legislation or regulatory requirements as in Access and Benefit Sharing (ABS), are essential steps for the project to achieve its scientific objectives.

A study is being conducted on the legal status of collected samples used in the project. This survey looks at collected samples and generated data, but also cultured collections and planktonic strains to be used in the project. Ultimately, the result will be a classification of bioresources in agreement with the various applicable legal frameworks, such as the United Nations Convention on the Law of the Sea (UNCLOS), the Informal Consultative Process on Oceans and the Law of the Sea (UNICPOLOS), Convention on Biological Diversity (CBD), the Nagoya Protocol on access to genetic resources and the fair and equitable sharing of benefits, the Commission for the Conservation of Marine Living Resources in the Antarctic (CCAMLR), the Treaty on the Antarctic, and the relevant treaties concerning intellectual property rights.
The identification of potential gaps in these texts will lead to a list of risks for the use of the samples and data in research, and in the development and transfer of technology. If necessary, corrective measures will be suggested to the administrators of the partners involved in the project.
This work is in collaboration with other initiatives such as the actions taken by the International Commission for the Scientific Exploration of the Mediterranean Sea (CIESM), the EMBRC research infrastructure and the European project MicroB3.